When and why did you start riding?

I’ve been friends with Chris and Sav for many years and when a day job and other commitments start giving you a full week, it feels good to find ways to stay in touch with everyone. I used to play soccer at university and I didn’t realize how much I would miss an active routine, and that’s why I started riding to commute to work.

I like riding fixed because of the momentum you carry on the bike. While commuting, I’m getting better at riding slower and judging the road in front of me so I can easily get anywhere in Vancouver without stepping off the bike. But I’d be lying if I didn’t mention that, yes, I do love going fast sometimes—first velodrome laps coming soon!

I’ve had three bikes; two road and one track. My first road bike was a custom steel True North frame (Canadian manufacturer) which I plucked off of Craigslist before anyone else could, and now I’m just about finished a build on an ‘07 Cannondale Super Six. I enjoyed buying the components for the Cannondale separately, and putting it together means I can (hopefully...) fix it myself when a tune up is needed. Dropping weight on each successive bike is what keeps the addiction going—can’t wait to fly with a Di2 groupset on a carbon frame! 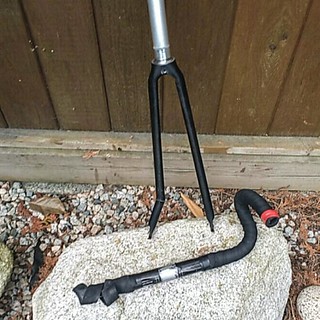 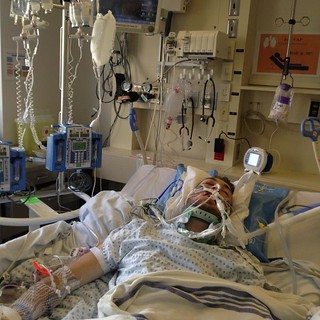 You seem to have bad luck on the saddle being in a few small spills and major crashes; chipping teeth, breaking fingers, and one which landed you in a coma in the ICU, earning you the infamous "crash guy Kev". How have these setbacks changed your riding experience?

The True North is no more. I was side-swiped by a minivan changing lanes and the bike was run over, but luckily I just hit pavement. Later that same summer I got in a second crash (not including the other spills which ended me with broke fingers and teeth). I do not remember what happened, but I was trying to ride home after too many drinks and woke up in the hospital. I’ve always worn a helmet, and if I wasn’t wearing one on that night I can’t even begin to imagine what my life would be like now. But now I’m back in the saddle, and the Engine 11 I busted has recently been rebuilt and ridden harder (and safer) than ever. Many are dumbstruck when they see that I still ride, but it was the cascade of my poor choices that night—not the bike—that caused the accident. Seeing my family and closest friends cry because of what I put myself through is enough motivation to never let that happen again.